Sunrise on the first full day of summer

It was just one of those days when I felt that I had caught up to where I should be. Up just after the birds at 4:50, on the road to Hampton Beach at 5AM. The lake was draped in mist as warm water touched the overnight cooler air. Awaken to another day in early summer paradise. So much is missed as we rest during the early lit hours. Turkeys were crossing the road, other birds were chirping to the new day and some deer were seen in hay fields. Everything felt new and fresh. On arrival at the shore I easily found a spot to park close to my photo focus of the day. The beach had been groomed and the symmetric lines had hardly a footprint. A small group had gathered to watch the sun rise on the first full day of summer. It was also the start of the third day of working on the Sand Sculptures with the moments of judgment coming in the afternoon. One man was focused on finding treasure in the sand with a metal detector and seemed oblivious to all else around him. 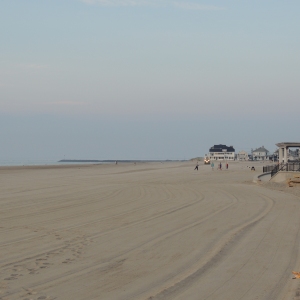 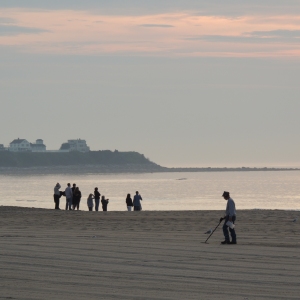 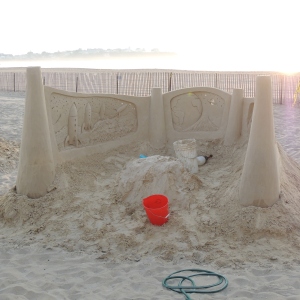 Some tools of the trade 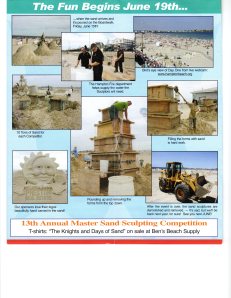 Pictures and comments from the brochure

Attending early on the third of three days of work by the artists allowed pictures of art in the creation stage. The tools and some of the box frames and the hard plastic sheets used for designing round rough material to work were left where they had been used the days before. Buckets trowels brushes, shovels and other tools are used to shape the packed sand. Each contestant gets 10 tons of sand to work with over three days. They must work alone. The sand is kept moist with sprays of water and a solution of 1 gallon of Elmers Glue to 5 gallons of water is used to seal the sculpture from wind and other damage. 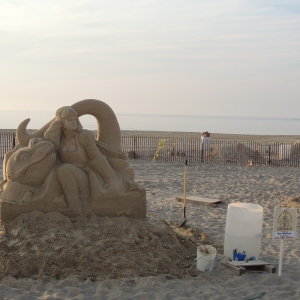 The Sand Giant and close ups of the replicas 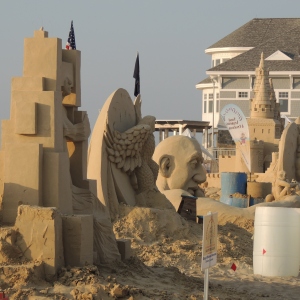 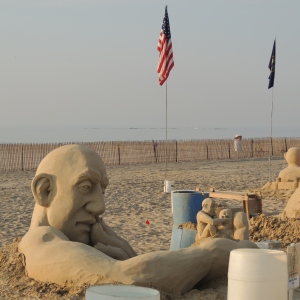 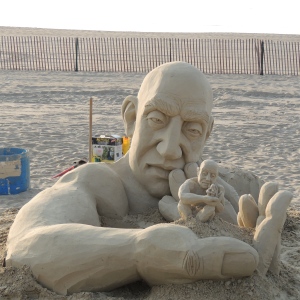 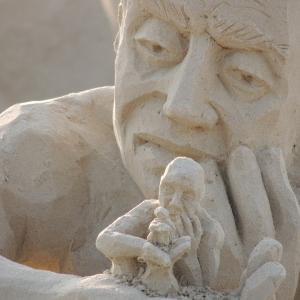